Rachel By The Stream - Reasons To Live 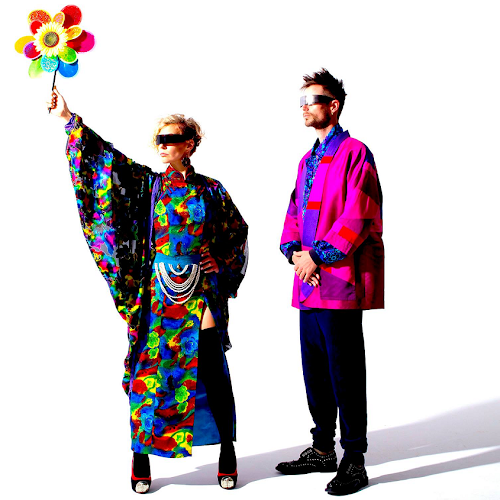 It's been over a year since we last found ourselves blogging about Melbourne-based duo Rachel By The Stream, comprised of self-proclaimed future-pop shamans Rachel Razelle (vocalist/multi-instrumentalist/loop artist) and Mattriks (MC/Producer). We first came across this rather unique duo not too long after they released their impressive 5-song debut EP, Smooth Like Butter back in early 2013. Since then we haven't forgotten about them and have long been waiting anxiously for the arrival of a follow-up single, which through the mystical powers of musical magic, the pair have recently unveiled in the form of their new single "Reasons To Live". The single's official release date is set for October 29th and will be accompanied by a remix from Sydney-based producer Jordan F. Prior to its release, fans will be treated to a music video for the single by award-winning director and animator Jono Chong (Dropbear Digital). The video will also feature costumes designed by Melbourne fashion designer and future-imagineer Nixi Killick.

https://www.facebook.com/rachelbythestream
Posted by Wonky Sensitive at 1:28 AM