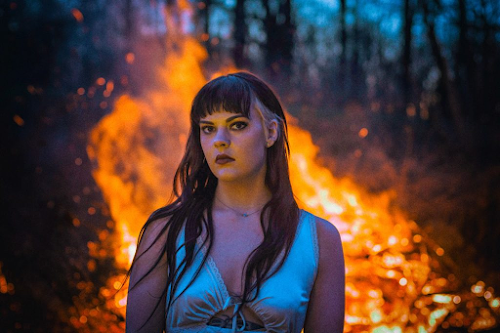 Following the release of her 2015 debut EP, Alienation, as well as a steady stream of exceptional singles such as "Broken Things", "Love In The Light" and "Words like Weapons", plus a stunning rendition of Coldplay's "Don't Panic" which was featured during the Super Bowl 50 spot in the X:Men Apocalypse trailer, 19-year-old Nashville-based alt-pop artist Claire Rachel Wilkinson, aka Clairity now returns with her latest masterpiece entitled "Pyrokinesis", her first independent release following her split from Lava Records (Lorde, Jessie J). Inspired by the fascinating concept of pyrokinesis (psychic manipulation of fire) from the sci-fi tv show Fringe and Stephen King’s Carrie, Clarity took on the maddening songwriting approach of transforming a poem she wrote into a song with the help of co-writer Nathan Chapman. The result reveals a unique vocalist using lyrical prose to craft a narrative of setting the world on fire from the pain of being engulfed in a volatile relationship. "Pyrokinesis" is, without a doubt, her most explosive statement to date as a truly independent artist.

Listen to "Pyrokinesis" below.