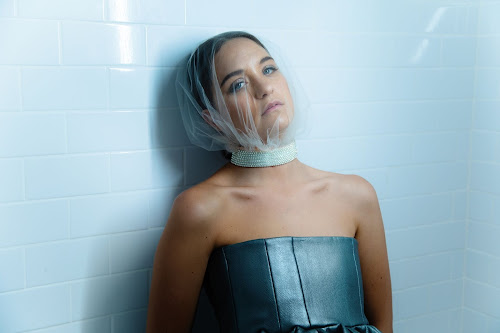 Rising Sydney-based dark-pop artist CXLOE has today released her brand new single entitled "SICK", featuring gnash. Co-written by CXLOE herself along with BOYBOY, who she previously collaborated with on her single, "Tough Love", "SICK" is a sad girl summer anthem about loving someone too much and never wanting to show it. As CXLOE put its: "sometimes we just want that raw emotion of feeling sick over someone, like an obsession. That pit of your stomach sick." "SICK" follows the release of her previous singles "Show You", "I Can’t Have Nice Things", and "Low Blow", which have garnered a combined 22 million streams and debuted on a total of 49 New Music Friday playlists from all across the globe. Setting the stage for pop domination, CXLOE's year has only just begun.

Speaking on the track, CXLOE explains:

"The song 'SICK' is about loving too much and never wanting to show it. Never having that middle ground or normalcy within yourself because your emotions are extremes of each other. Sometimes we want to be showered in affection and jewels and dinners, and sometimes we just want that raw emotion of feeling sick over someone, like an obsession. That pit of your stomach sick."

Listen to "SICK" below.

"SICK" is available now on all streaming platforms. Get it here.
(photo credit Jade Ehlers)