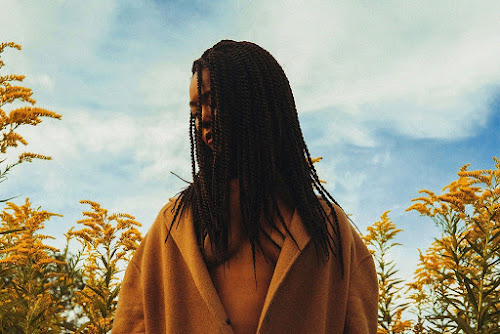 Formerly known as SOS, the New York via Portland experimental pop duo of Brian Dekker and Randa Smith have now reemerged as Black Grapefruit, and today they are unveiling their euphoric new single called "Mind", which also serves as the first taste of their upcoming debut album, All My Relations, which is due out on August 10th. On an album that promises to be rich with introspection, "Mind" is an exuberant standout with pop immediacy and inventiveness to spare. An irresistible Afro-Caribbean beat carries an instantly familiar array of vocal harmonies, and, like most great pop songs, "Mind" leans into its own catchiness without overstaying its aural welcome, thanks to an ingenious arrangement complete with a free-floating half-time section and pulse-quickening outro.

Speaking on the track, the duo tells The Fader:

"The inspiration came from the energy and sounds of the backyard — family cookouts that became so dear to us while we were living in Brooklyn. We wanted this song to feel like a DJ mixed a Ladysmith Black Mambazo a capella over a soca beat. Something fresh and electronic, yet familiar enough to feel near to the source. Life is really beautiful and carefree sometimes and we wanted a song on the album to reflect that, because so much of our work is dense and emotional."

Listen to "Mind" below.

https://www.facebook.com/blkgrapefruit
Posted by Wonky Sensitive at 11:07 AM