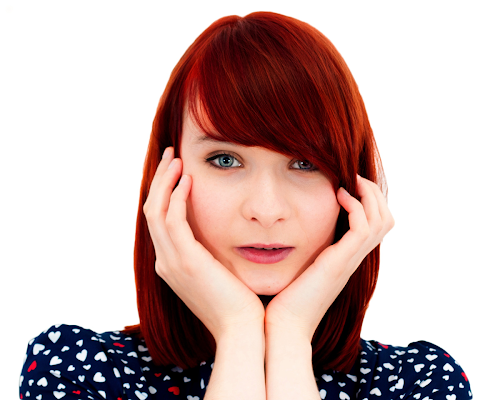 19-year-old Scottish singer/songwriter and EDM vocalist Holly Drummond first caught the attention of music lovers from all over the world at the age of 15 when she started posting videos onto YouTube. In 2010, she uploaded her cover of "Alejandro" by Lady Gaga that has since attracted well over 160,000+ views, and in turn helped her gain hundreds of new fans and helped kick start her music career.

Since then Holly has released two albums and four EPs. The two most recent EPs - Cloud Nine and In the Dark (both of which are available on Bandcamp and iTunes). The lead track from In the Dark, "These Four Walls" (stream below) was featured on an episode of Hollyoaks in May 2014. When her next EP, Cloud Nine was released in 2012, it charted at number 10 in the iTunes Singer/Songwriter chart, attracting attention from iTunes who labelled it as new and noteworthy.

Holly Drummond's lyrics have been described as humble and wise beyond her years and has even been described as a female Damien Rice. Her talent for writing has seen her win the Burnsong Under 21 Singer/Songwriter Award and also be nominated for The Forth One To Watch Award. As well as writing and playing all the instruments on her tracks (including cello), she records, mixes and produces them all herself in her own bedroom studio.

In addition to writing her own original songs, Holly Drummond writes and records vocals for Electronic Dance Music artists. Holly has worked with promising producers such as Rameses B, Eminence, TwoThirds, Elliot Berger and many others. She has had releases on the large Canadian EDM label Monstercat which have charted at Number 1 in the iTunes Albums Chart. As well as her EDM collaborations, Holly has worked with other singer/songwriters such as Lewis Mokler, Frank Hamilton and fellow Scot, Danny Shah.

Download "Rules & Regulations" and "Stay With Me" for free via Bandcamp.