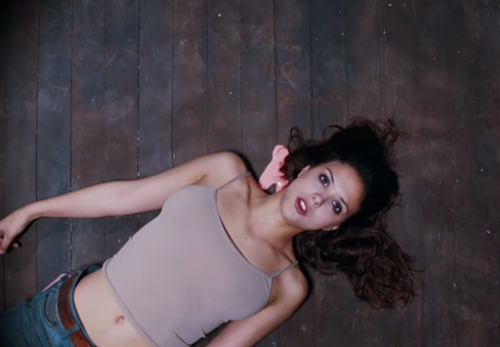 Speaking on the track, Alexa explains that "Bleach" was written while she was tied up in an unpleasant major record label deal and it's, "about fighting the outside pressure to eliminate flaws within yourself that make you who you are."

Of some of the more graphic imagery in the video, she says it depicts her "attempt to kill off parts of myself in order to make others around me satisfied, but never successfully doing so because those parts of me can't be silenced. With each blow to the head, instead of death being the result, beauty and art are created. Even though I fall to the ground, I'm always able to get back up again."

Watch the video for "Bleach", directed and edited by MadAsHell (Leila Jarman / Mike Leisz), and be sure to check out her cover of Sophie B. Hawkins' "Damn I Wish I Was Your Lover" below.

Purchase a copy of Alexa Melo's debut album on iTunes.

https://www.facebook.com/alexamelo
Posted by Wonky Sensitive at 12:09 AM