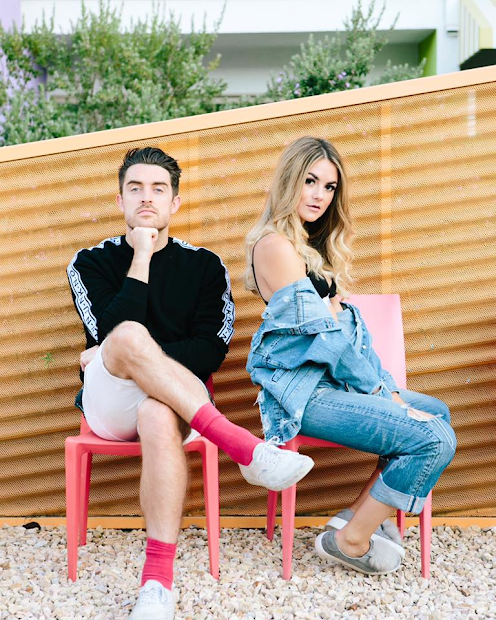 Following last year's release of their critically acclaimed debut album Portrait (which I just recently bought again on vinyl) as well as their follow-up single "Fuck With You" earlier this summer, Los Angeles-based duo Cardiknox, comprised of vocalist Lonnie Angle and multi-instrumentalist Thomas Dutton, are back today with yet another bouncy and infection retro pop gem called "Bad Boys" that was in part inspired by their music-obsessed dads, who filled their childhoods with record-collecting classic rock and pop.

Speaking on the track, the duo says:

"'Bad Boys," more than any other song we've written, feels, in a lot of ways, like an homage to all the music our dads played for us as kids. The disco tropes and retro feel bring me right back to my childhood living room, with my dad flipping records and showing me what it was to truly love music."

Listen to "Bad Boys" below.

https://www.facebook.com/Cardiknox
Posted by Wonky Sensitive at 9:29 AM