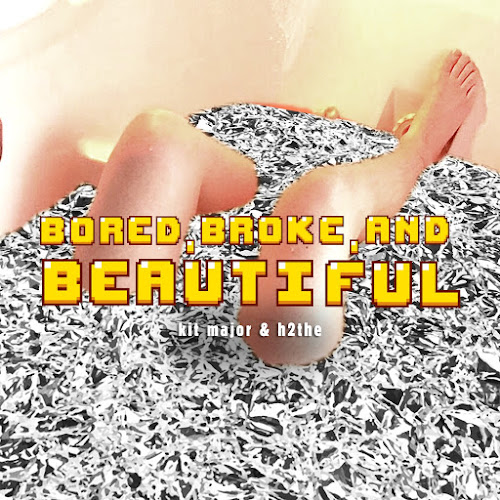 Two of Los Angeles' finest, emerging pop artist Kit Major and multi-talented producer and DJ h2the have just teamed up for the release of their brand new collaborative single called "Bored, Broke, and Beautiful", an infectious summer anthem for the millennial generation.

Kit Major and h2the first connected on Instagram via a shared affection for vapor-wave imagery and 80s synths mixed with future sounds and aesthetics. According to the single's press release, "Bored, Broke & Beautifu" was written after Kit Major was out selling and donating old clothes with one of her best friends. No secondhand shop would take their stuff so her friend sighed under her breath saying, "I'm first class on the inside." Kit wanted the song to be for her friends who are just as broke but not letting that stop them from having a good time and falling in love. "Bored, Broke & Beautiful" is a song to sing along to in your car, with the windows rolled down while on your way to grab fast food off the dollar menu.

Listen to "Bored, Broke & Beautiful" below.


"Bored, Broke & Beautiful" is available now on all streaming platforms. Get it here.