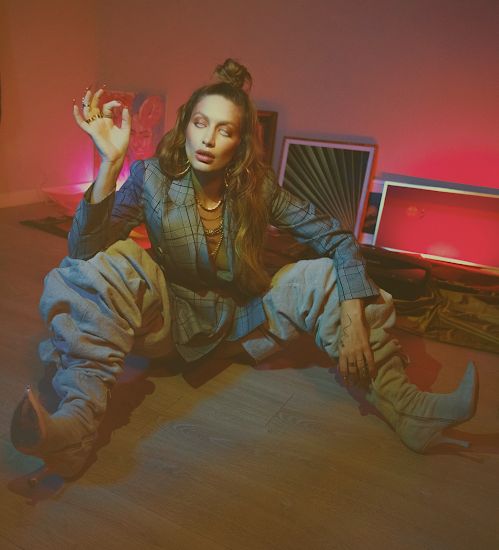 Los Angeles-based singer/songwriter, multi-instrumentalist and producer (and Smoke Season frontwoman) Gabby Bianco, aka BIIANCO, has today released her empowering new single called "13 Dead End Drive". Written and produced by BIIANCO herself and featuring electronic music artist and activist Madame Gandhi on percussion, the track serves as the follow-up to her previously released singles "get up" and "Rice Crispies", both of which garnered support from notable tastemakers such as Hunger Magazine, Flaunt Magazine, LADYGUNN, and Earmilk, just to name a few, as well as earned #1 spots on the Hype Machine charts.

Speaking on the track, BIIANCO says:

"'13 Dead End Drive' is the anthem I wrote to heal my heart after misogyny broke it. I started writing 13 Dead End Drive after a male musician told me 'I just wasn’t good enough to go anywhere' in the music industry. His words hit super hard and devastated my confidence in my music. I recorded myself singing 'this is going to ruin my voice' and chopped up those vocal samples, which ended up being the vocal samples that the chorus is based around. This song is about reclaiming my own confidence in my voice and my art. It’s about trusting your own artistic vision. When I was working on the production for this song, I was super inspired by Madame Gandhi and her speeches on feminism. I ended up hitting her up to put percussion on the song."