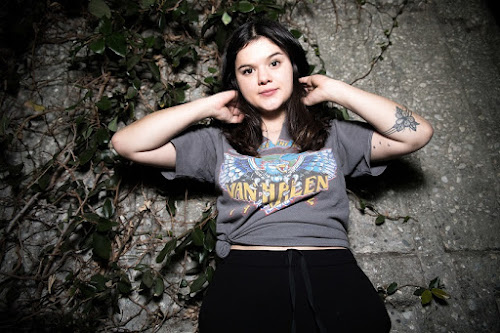 In honor of In honor of Women's History Month as well as the #TimesUp and #MeToo movements, Los Angeles-based singer/songwriter and producer Danielle Thwaites, aka Daiza has today released her brand new single called "Manners" which empowers women to stand up against objectification. The perfect pop anthem for International Women's Day, the track's relaxed and low tempo vibe contrasts the weight of the topic, allowing the listener to focus solely on the objective of the lyrics instead. The song also features an audio excerpt from Elise Bryant's, President of the Coalition of Labor Union Women, moving speech during the Women's March on Washington, D.C. that took place this past January. Inspired by Bryant's call to action, Daiza proclaims to objectifiers to "take the hint and turn around".

Listen to "Manners" below.

"Manners" is available now on iTunes.

https://www.facebook.com/soundsbydaiza
Posted by Wonky Sensitive at 7:48 AM