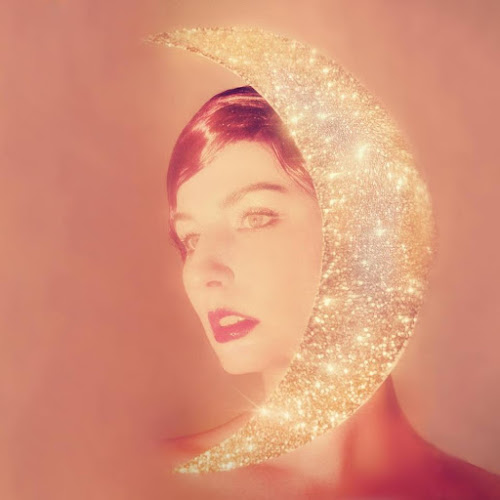 Brooklyn-based Polish-American singer/songwriter Karolina Rose has just released her new single called "Goodnight, Mr. Moon", a mid-tempo electro-pop gem about exploring grief through dreams. The single also serves as the first song off her upcoming debut EP that was produced by multi-platinum, Grammy award-winning music producer and engineer Andros Rodriguez (Florence and The Machine, Madonna) and is expected to drop later this summer.

Speaking on the track, Karolina explains:

"There were a few inspirations for the song. The initial spark came from a conversation with my friend and visual artist, Heide Hatry, who occasionally runs some artist showcase nights in conjunction with her work. She asked me if I could write a song about death and perform it at her showcase (which I did at the end of last year). She told me her project 'Icons in Ash' all started with her dealing with the loss of her father. I felt her emotion that she would do anything to bring him back. He was cremated, so she took the ashes from his body and created a portrait of him in his utmost essence. She felt a lot of relief in having that portrait in her apartment. Her project caught on by word-of-mouth and before she knew it she was commissioned to make portraits of clients' deceased husbands, wives, sisters and even pets.

Further, I have suffered from nightmares for many years. I often have hallucinations when I sleep. I wake up and see things in my bedroom or projected onto the walls or something within my room takes a different shape and moves. It's frightening. The first verse of the song takes inspiration from one of my nightmares where I woke up and it literally looked as if the moon was projecting a spotlight onto my wall and it looked like a scene was playing out. It may sound magical, but it was quite frightening. I started coming up with the visualization of someone hallucinating in the middle of the night, bringing back their loved one by talking to the moon, and so the loved one becomes "Mr. Moon". She communicates with her lost love in the nighttime. She processes her grief in her dreams. She thinks it is totally real until the end of the song when she wakes up from the dream and knows that it's really time to say goodbye, indicated by the last lyrics: 'Goodnight, Mr. Moon', 'you gave a kiss of peace', 'sweet gentle release'. There's a climax to the song at the moment of awakening—that's when it picks up. If people listen through the entire song, it has a definitive journey that was quite intentional. I enjoy writing and performing all my songs on stage, but as far as my songs to listen to personally, 'Goodnight, Mr. Moon' is my favorite one.

There was an additional sidenote inspiration to the song where I was obsessed with Moon emojis at the time and sending them to my s.o. Imagining my s.o. passing away is a very frightening, emotional activity so it was not hard to tap into that feeling to finish the song. There were several rounds of writing this song. I would have lines come to me almost as a chant and that's all it would be. I also had a moment of staying at Coney Island until sunset, and I swear the moon was huge that night. As we walked off the beach onto the boardwalk, I saw the moon shining on the water, so I immediately wrote that line down in my phone, which is the opening line to the song and sets up the tone of the conversation with the Moon."

Listen to "Goodnight, Mr. Moon" below.

https://www.facebook.com/karolinarosemusic
Posted by Wonky Sensitive at 10:43 AM