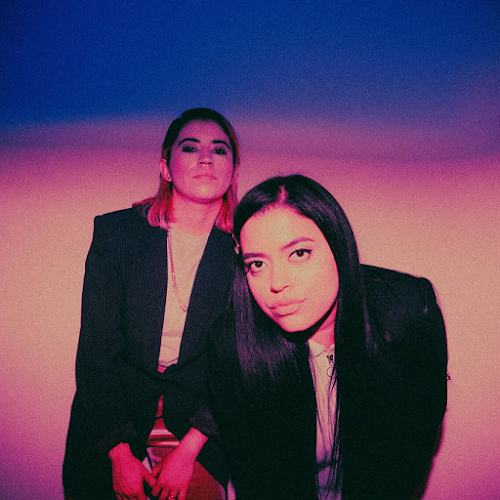 Milwaukee-by-way-of-Texas indie-pop duo REYNA, comprised of sisters Victoriah and Hannah Gabriela Banuelos, have today released their new single called "Heartbeat", their third offering of the year following "Cool With It" and "Baby Forget It", the latter of which was featured on Billboard Pride as part of their 12 Musicians to Discover During LGBTQ Pride Month, as well as garnered support from the likes of AfterEllen, Earmilk, and PressPlay OK. With a sound reminiscent of Tegan and Sara and CHVRCHES, on top of having the ability to write heartfelt lyrics with insanely catchy pop hooks, on "Heartbeat", REYNA once again prove why they are a favorite among both new music enthusiasts and tastemakers alike.

Speaking of the track, Gabriela says

"'Heartbeat' is about the time my boyfriend and I took a break from our relationship. We were at a point where we weren't sure if we were ready to commit or call it off. One night he shows up unannounced to my house blasting Harvest Moon in his car. He says to me 'Ok no more being away from each other.' I wrote this song channeling all those emotions I felt leading up to us getting back together."

Listen to "Heartbeat" below and stay tuned for more new music from REYNA as the sisters are currently finishing up the first of a two part EP to be released before the end of the year.

"Heartbeat" is available now on iTunes.