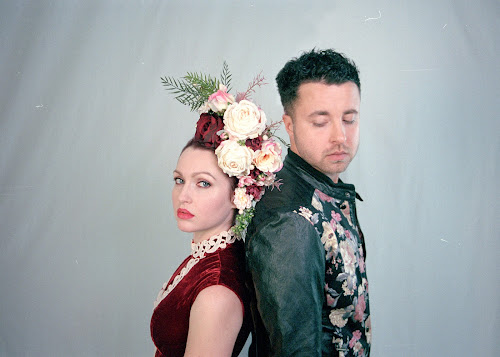 Cleveland-based alt-pop duo Hooked Like Helen, comprised of Nikki and Jonathan Stipp, have today released their new single called "Beautiful World", which also serves as the third track following "No Turning Back" and "Tear This Place Apart" to be taken from their upcoming EP, Tragedy Of Physics, set for release on May 31st via Stipp Manor Music.
Co-produced alongside Grammy award-winning mixer, engineer and producer Isha Erskine (Ziggy Marley, Maroon 5, Black Eyed Peas), the EP also features vocals by NBC's The Voice contestant, Emily Keener. "Beautiful World" is one of those tracks that taps directly into your musical pleasure centre and jabs at the best bits. It is everything that pop music should be: eloquent, spirited, with an infusion of freshness.

Speaking on the track, the duo says:

"'Beautiful World' came about during a time of sad reflection on the state of society. We wrote this song as a way to combat our feelings of discontent, as if the upbeat groove and flying synths could convince us that things aren’t as bad as they seem. Music is our medicine and our voice, and we hope that Beautiful World conveys the sense that although there is much to mourn, there is much to celebrate if we take action to be a part of the healing"

Listen to "Beautiful World" below.