Fifi Rong - Since When 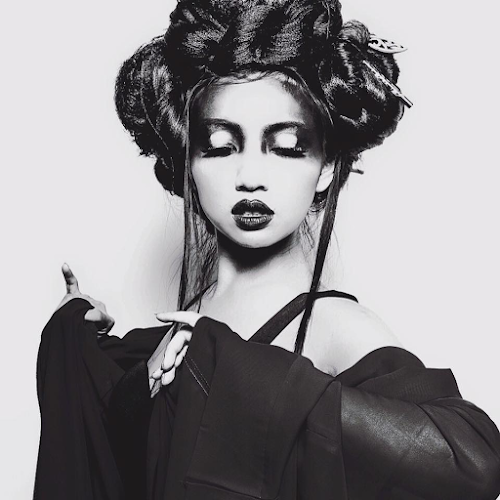 Beijing-born, London-based artist and producer Fifi Rong returns with another dose of her sometimes dark and sultry, sometimes light and beautiful, always unique and eccentric brand of deliciously addictive songwriting in the form of her new EP, Violently Silently, which is due for release on December 4th.

The release is Fifi's most deliberate expression yet of her trademark hybrid sound, taking the listener on a journey into her remarkable soundworld. The EP forms a cohesive body of work, showcasing her artistic prowess and the depth of thought which goes into her composition, with each song relating to the others. In her own words, "the same set of sound elements were sampled, crafted and re-sampled to demonstrate a set of songs that people would conventionally consider to cross several genres."
Over the last couple of years, Fifi has flourished as a songwriter and a producer, collaborating with Phaeleh, Skepta, Tricky and Boris Blank/Yello, as well as filmmaker Paris Seawell, culminating in writing, recording, and producing her Violently Silently EP herself, before being mixed by Lee Slater, who has previously worked with the likes of Roots Manuva, Roll Deep and M.I.A.

Having already established herself internationally as a stand-out live performer, with headline shows throughout the UK, Europe, and China/Hong Kong, Fifi has been going from strength to strength, picking up radio support from BBC Radio 1, BBC Radio 1 Xtra and BBC 6Music. The EP represents the continued refinement of Fifi’s distinctive style, which has been praised by the likes of Fortitude, Clash, Fader and The 405, and was described by Through The Wire as "jaw dropping downtempo electronic music".

Listen to "Since When" lifted from her Violently Silently EP, below.