Kelly Paige - Get You Down 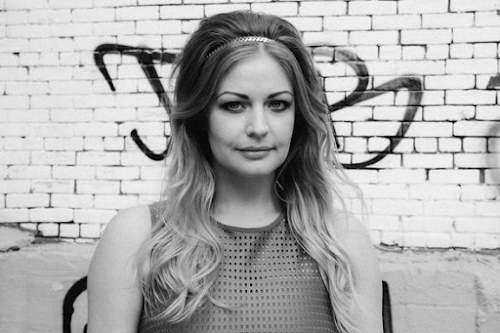 Introducing fierce New York City-based blues-pop dynamo Kelly Paige, who has just recently unveiled the lyric video for her latest single, "Get You Down."

Born to immigrants from Zimbabwe who separated when she was six, Kelly’s childhood was defined by countless moves across the county. And, as a true rolling stone, music quickly became her passion. At the age of 13, she began playing guitar, penning lyrics and crafting songs. By 16, Kelly was a seasoned performer, playing cover gigs in a variety of local bars. Diving deep into the work of the artists she admired, Kelly never restrained herself to one particular genre. From reggae to bluegrass and punk to pop, her eclectic tastes have sculpted her sound into an ever-evolving catalog that caters to her powerfully sultry voice.

At 18, Kelly moved to Nashville where she studied Philosophy and Music Business at Belmont University. Within a year, she’d won her first songwriting competition, held by Belmont and Big Yellow Dog Music Publishing. The following two years she was selected as a finalist in ASCAP’s Songwriter Series, and was nominated for Belmont’s “Songwriter of the Year” award. Kelly Paige is a one-of-a-kind, rock and roll superstar, using themes like vengeance, hope and heartbreak to shape her distinctive sound. Her songs are sharp, with messages of empowerment, proving that musicianship and artistry still have a place in popular music. Reminiscent of the powerhouse voices of the 1960s, Kelly Paige is steadily putting her stamp on the industry.

Speaking on the video, Paige explains:

"The idea was to take this message of female empowerment and apply it to more than just women. I wanted to use old commercials and ads that were really sexist and contrast them with modern times to celebrate progress but also to highlight current issues. We've come a long way, but the need to keep fighting for equality on all fronts is still very necessary."

Watch the lyric video for "Get You Down" below.


"Get You Down" is available now on iTunes.

https://www.facebook.com/kellypaigemusic
Posted by Wonky Sensitive at 11:56 AM