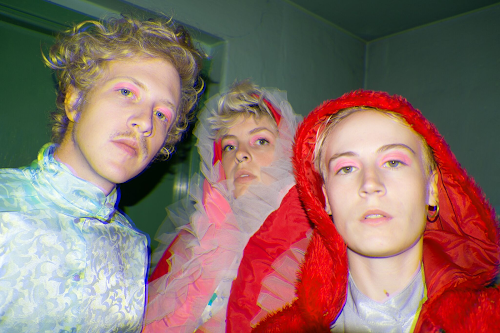 Gothenburg based alt-pop trio Wildhart, comprised of Ylva Holmdahl (vocals), Kiwi Berg (synthesizers) and Josefin Runsteen (drums) have today announced details for their upcoming debut album, Shine, as well as have shared the album's captivating lead single entitled "Shake Off". The single speaks volumes for what the trio are all about as singer Ylva Holmdahl cries out "Don’t let any man, ever hold you back, don’t let him cut your wings, or pull you off the track" in the track's rousing finale. Not intent on writing music with that instant, conventional pop hook - Wildhart clearly want their fans to take their time with the music their creating; to slowly bring them into their captivating world.

Speaking on the track, the band says:

"'Shake Off' is a fuck you to all the hardships that you carry inside when living in an patriarchic world”. It's a cry of frustration - but at the same time an anthem, a source to find strength in."

Listen to "Shake Off" below.

https://www.facebook.com/wildhartmusic
Posted by Wonky Sensitive at 9:32 AM