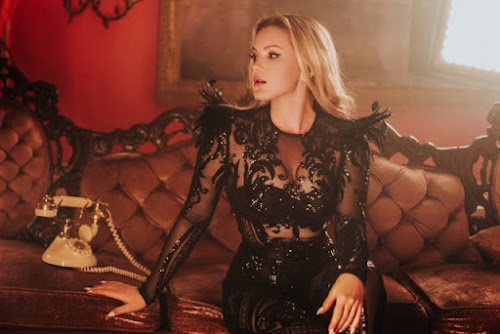 Russian-born, Los Angeles-based soul/pop artist Cooper Phillip has today released her new single along with it's accompanying music video for "Speak In Tongues", which was co-written with Emmy Award-winning Max Matluck and Alessandro Calemme. Featuring dreamy and sensual soundscapes, metaphorical lyricism and powerful vocal melodies, the song takes you on an emotional journey, allowing listeners to open up to a new feeling of reality.

"'Speak In Tongues' is about living through the feeling of love and passion and capturing this state of mind - love that has no drama, no tension and no limits", says Phillip. Highlighting soaring, angelic background vocals, the single takes inspiration from Enya. "There is a big influence in this particular arranging style of Celtic pop. I thought it could be really cool to bring that element and combine it with the urban pop sound of today."

Cooper Phillip's music features an underlying theme of strength, grace as well as empowerment. "I believe we underestimate ourselves often and our fear takes over. My goal is to show people that they are stronger and can do much more then they think they can", she admits. Using true life stories, hardships and experiences, the songwriter emits authenticity and courage throughout her music. Phillip has seen success with her previous singles such as "Party By Myself" and "Silence" which have garnered over 10 million listens online. She has also developed an impressive and loyal fanbase, particularly on social media and has performed at some of Los Angeles most prestigious venues.

Watch the video for "Speak In Tongues" below.