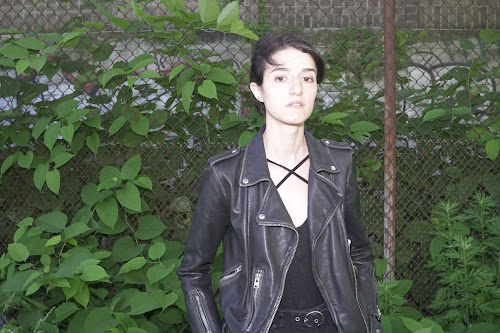 Co-produced with Elliot Jacobson (Vérité, Allie X), "Drunk And Alone" was written "one morning in the middle of a blizzard," recalls Illicit Ghost. Adding, "The first random series of notes I played became the piano part you hear repeating throughout the song. I hit record with no idea of what I would sing about so I made the lyrics up as I went along. These are the words you hear in the song now."

Contrary to the literal meaning of the words, "Drunk and Alone" is about the search for inner harmony. Illicit Ghost explains:

"The phrase 'drunk and alone' is a metaphor for being able to sit alone with myself and process the pain that life will inevitably throw my way and to still find some sort of happiness and find the good in it. It’s about trying to find myself, and realizing that there’s a world out there and maybe even a place for me in it. It’s about feeling misunderstood but letting it go, continuing to move forward despite setbacks, and being aware of shortcomings and strengths, all while taking care of myself and finding peace with it all."

Listen to "Drunk And Alone" below.


"Drunk And Alone" is available now on iTunes.

Posted by Wonky Sensitive at 9:58 AM