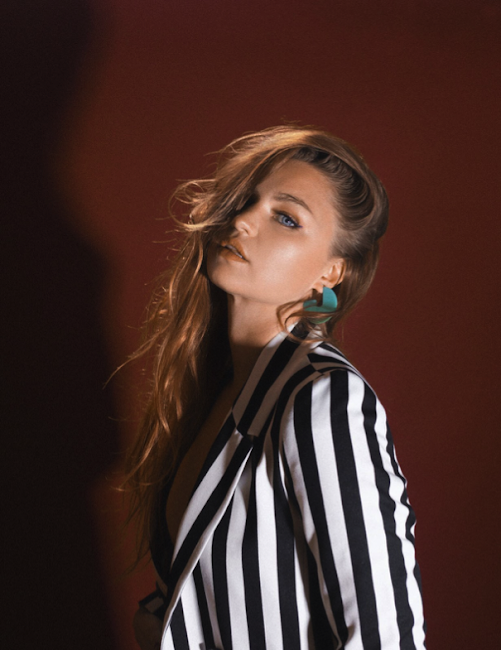 Jen Akerman, better known as Swedish-born dark-pop performer Final Child, has today released her new single called "Afterlife" along with its trippy, analog inspired visuals. The track is taken from her upcoming self-produced debut EP, Till Death Do Us Part (Part I), due on September 13th. On "Afterlife", Jen and her fiancé Tom Payne (of The Walking Dead fame) trade verses about staying together in the event of an apocalypse.

"I wrote 'Afterlife' because I wanted a fun song - I tend to make more moody and darker music," Akerman told Billboard. "It still has a dark story; It's about the problems we have in the world and the world ending, but it has a lighter and a bit poppier tone. And it's ultimately about coming together with someone who you're looking forward to meeting in the afterlife. So it's about having connection and chemistry with someone on this planet and knowing you have this afterlife from the memories."

Watch the video for "Afterlife" below.

Posted by Wonky Sensitive at 3:39 PM