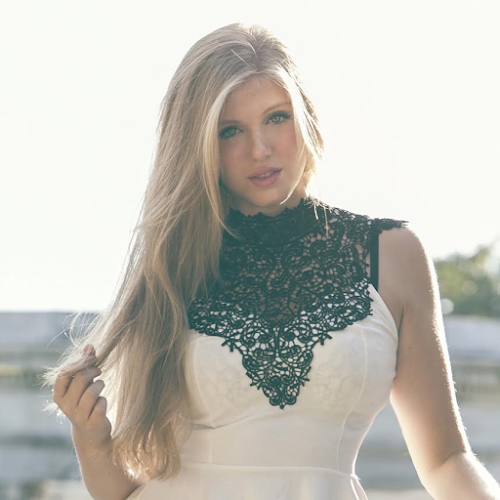 Introducing New York City-based indie pop singer/songwriter Heather LaRose, who has just released her debut EP, Beachside, which premiered exclusively on Popdust last week. The five-track collection includes the EP's title track as well as her previously released singles, "New Moon" and "Run With Me" and "I Could Never Say No" plus one more standout track called "What Are You Waiting For".

Speaking on the track, Heather says:

"I wrote 'What Are You Waiting For' after being fed up with someone who I knew had feelings for me but never actaully said anything about it. And maybe you’re just friends who makeout sometimes at parties but maybe you’re more than that and expressing it. I wrote this song 4 years ago and the guy it’s about just messaged me the other day... I guess he was waiting for 4 years?!"

Having already garnered the praise and support of pop outlets such as Fanlala, Popwrapped, Joy of Violent Movement, and A Bit of Pop Music, Heather LaRose is no doubt an artist on the rise who we should all be keeping a very close watch on as we head into the new year.

Purchase a copy of Heather LaRose's Beachside EP on iTunes.

https://www.facebook.com/TheHeatheRoseMusic
Posted by Wonky Sensitive at 11:18 AM