Ally Ahern - Bad For Me 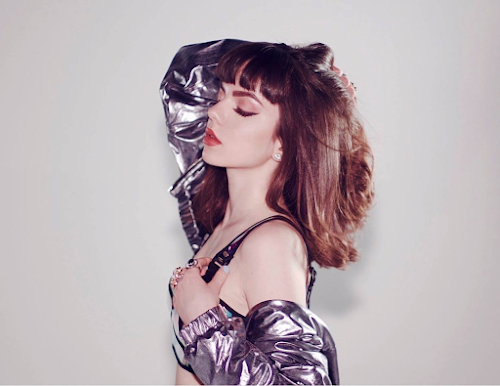 Following her previous single "Suffocation", released back in early 2016, 19-year-old Chicago native Ally Ahern, a multi-instrumentalist and vocalist who is professionally trained in opera, jazz, musical theatre and is currently studying at Berklee College of Music in Boston, now returns with her new single called "Bad For Me". Produced by Brooklyn-based production duo Slaters (Al Carlson and Alex Craig), "Bad For Me" is a sultry R&B-infused electronic pop gem, which according to a recent interview with Vents Magazine, also serves as the first track to be lifted from her upcoming EP, Never Yours, due out later this year.

Speaking on the track, Ally says:

"This song was inspired by a specific person who had been in my life for quite some time back when I wrote it. It's about that person who is able to absolutely sweep you off your feet, but at the end of the day you know you have to leave and be on your own. It's kind of about forbidden love as well, within an on and off relationship."

Listen to "Bad For Me" below.


"Bad For Me" is available now on iTunes.