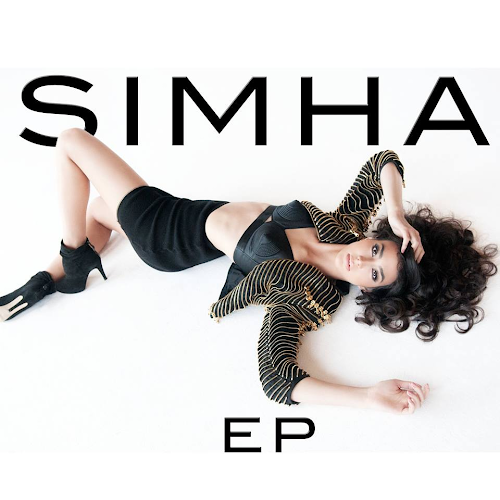 Los Angeles-based Opera singer turned pop singer/songwriter and model SIMHA has just released her rather incredible (not to mention, impressive) 4-song self-titled debut EP, which is currently available as a free download on both her website and on Bandcamp throughout the month of December.

SIMHA spent the majority of her high school and college life training in Opera performance. Inspired by the music she studied by attending three major Opera conservatories, she later decided to leave Conservatory to follow her passion for writing and recording her own pop music. Her musical inspiration comes from artists such as Florence and the Machine, Evanescence, Lana Del Rey, and The Beatles. Her favorite classical composers include Puccini, Mozart and Debussy.

SIMHA is also an international model. She started her modeling career with modeling agencies, Wilhelmina NY and Wilhelmina LA. In 2014 Simha left Wilhelmina for newMARK models, LA models, and Osbrink agencies and is still currently signed under all three as well as Mannequin Studio in Singapore. She has since appeared on shows such as Styled to Rock on Bravo and has been featured in magazines such as Prestige Magazine, Lone Wolf Magazine, Glassbook Magazine and more.

SIMHA's previously released two singles, her debut single "Burn Me" and her second single "Daniel" have both proven to us (as well many others) that SIMHA is indeed an undeniably talented powerhouse pop female vocalist worth of taking notice of, and as a result has quickly found herself be placed on our shortlist of emerging new artists to keep a very close watch on as we approach the new year.


For more info. on SIMHA please visit www.ThisIsSIMHA.com and don't forget to follow her on both Facebook and Twitter for updates.
Posted by Wonky Sensitive at 8:46 AM