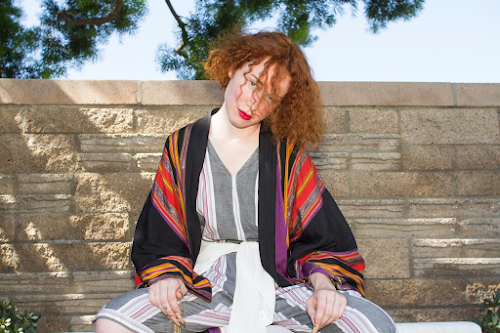 Los Angeles-based electronic indie pop artist Sarah Winters, aka vōx (prounounced wokes) is currently preparing for release of her debut EP, Put The Poison In Me due out later this month. Ahead of its release, vōx has just unleashed her powerful new single called "Money", produced by Josiah Kosier (who also produced her critically acclaimed debut single, "Better") and featuring backing vocals courtesy of UK singer Kyan. To accompanying the single's release, vōx has also shared an eerie portrait visualette directed by Jillian Martin.

Premiere via The Wild Magazine.