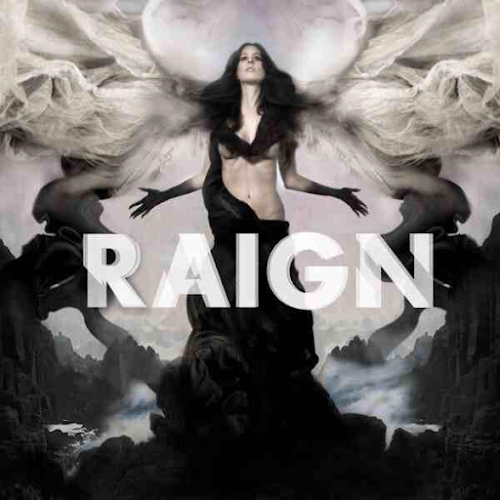 At the request of the executive producer of The CW Network's post-apocalyptic hit series, The 100, London-born artist RAIGN (real name Rachel Rabin) was recently asked to do an official cover of Bob Dylan's iconic classic "Knockin' On Heaven's Door", which was specifically recorded for the show's Season 2 finale. "Rush to iTunes and buy RAIGN's crushingly beautiful version of KNOCKIN' ON HEAVEN'S DOOR!", tweeted the show's creator Jason Rothenberg shortly after the west coast airing on Wednesday, March 11th.

All #The100 Fans should rush to iTunes and buy @iamRAIGN's crushingly beautiful version of KNOCKIN' ON HEAVEN'S DOOR!.
— Jason Rothenberg (@JRothenbergTV) March 12, 2015

To commemorate the song's placement on The 100, RAIGN has just released a limited edition 4-song EP, which is available now on iTunes and includes "Knocking On Heaven's Door" as well as her previously released singles, "Empire Of Our Own" and Don't Let Me Go" plus her epic rendition of Chris Isaak's "Wicked Game".

As the harbinger of a new era in pop romanticism, RAIGN bends boundaries and warps time to create music that's near-sublime in its transformative power. A darkly dreamy exploration of love in all forms, RAIGN's lavishly textured take on alt-pop centers on her "heart-stopping vocal performances". Fans of genre-defying music of acts like Florence + the Machine and Zola Jesus will love the RAIGN soundscape, which is hailed a "hypnotic and electro-charged" with a "soaring cinematic scope". Each song hazes the lines between dream and reality and, in the end, instills its listener with a renewed belief in the supremacy of love.

"My music's designed to inspire people to escape walls, feel the power of their own imagination and create a space to feel something awesome: freedom."

Listen to RAIGN's Knocking On Heavens Door EP in its entirety below.

http://www.iamraign.com
Posted by Wonky Sensitive at 9:42 AM