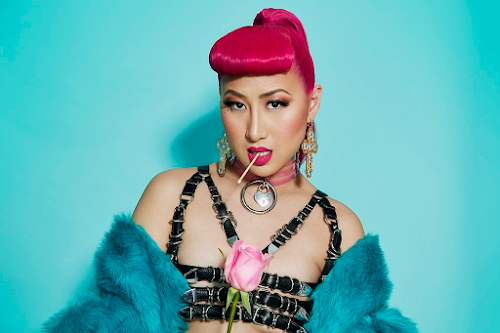 Tomorrow will see the release of Brooklyn-based singer/songwriter Effie Liu's long-awaited debut EP, Magenta Agenda, which will include her previously released singles "Devil On My Shoulder", "Best Side" and "Getaway", but since we've already shared those track with you and since we just did a similar post for Megan Vice's new EP, Spread The News, we've decided to also highlight a few additional tracks from this EP as well. However, after doing some thorough listening it turns out that the remaining four songs ("Tears 4 U", "El Camino", "Games" and "Shakedown") are all equally brilliant and single-worthy too. Now we could go on detailing each individual track for you but we much rather you listen to if for yourself. Keep in mind though, if you're like us and are looking for some ska and reggae-influenced pop gems to soundtrack your summer, Effie Liu's Magenta Agenda EP is chock-full of 'em.