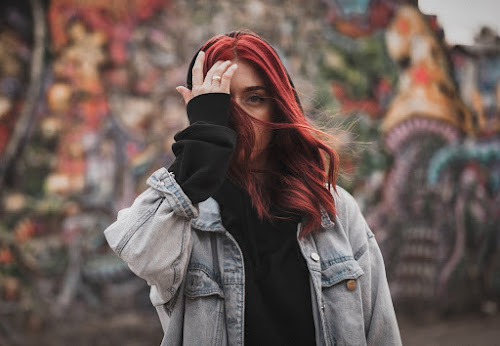 Ivor Novello nominated singer/songwriter Elina, whose songwriting credits include "Sexual" by Neiked and "What Lovers Do" by Maroon 5 and SZA, has today released her debut single called "Wild Enough", a powerful and piano-driven pop ballad about the fear of inadequacies.

"It's the story of things I'm faced with and can relate to," says Elina, who isn't afraid to write about music that's not perfect or pretty in its topic. "I wanted 'Wild Enough' to talk about my self belief in my own ability and the fear of being seen as inadequate but also the will to do better and the pursuit of being proud of who I am and what I accomplish."

Listen to "Wild Enough" below.

https://www.facebook.com/elinamusic
Posted by Wonky Sensitive at 10:08 AM