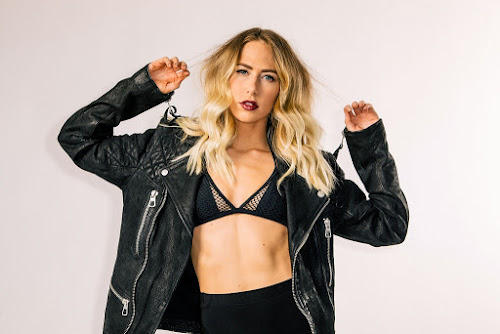 Los Angeles-based singer/songwriter, producer, DJ, feminist, and former adult film star Carter Cruise has today released her brand new single called "Sippin' On Danger", which also serves as the second single following "Diggin' U" to be taken from her upcoming debut EP, Send Moods, slated to drop later this summer. The EP traces the thread of ill-fated love throughout time from past to present to future while pulling influences from different eras and mixing classic acoustic sounds and vintage synths with modern electronic vibes.

"What I've always loved about music is its ability to change your mood or deepen it, depending on what you listen to. Songs can capture moods and create them. With this project I wanted to be vulnerable and 'emotionally naked' which is where the play on words for the title of the EP came from."

Listen to "Sippin' On Danger" below.


"Sippin' On Danger" is available now on iTunes.

Posted by Wonky Sensitive at 9:49 AM