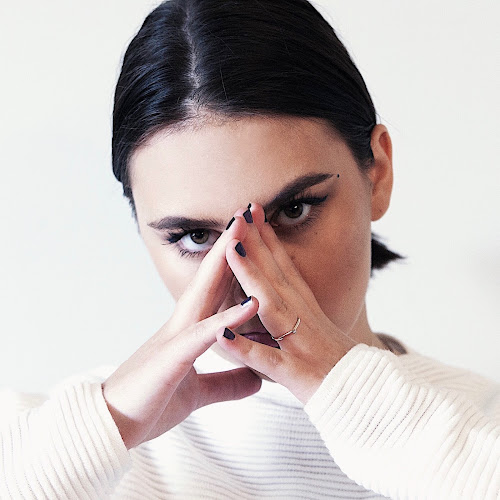 Following her previous singles, "Bad Behavior" and "Better Without You", a collaboration with SOLARSUNS, 19-year-old Nashville-based singer/songwriter Elina Odnoralov, aka IOLITE returns today with her latest offering called "Lonely Bodies." Written and produced by IOLITE herself alongside Ruslan Odnoralov, Julie Melucci and Dalton Diehl, "Lonely Bodies" is an dancefloor-ready electro-pop banger with a perfect blend of Latin and tropical vibes.

Speaking on the track, IOLITE explains:

"I wrote 'Lonely Bodies' when I was fresh out of high school, in a new town, while everyone else my age was starting college and making new friends. I felt like the 'new kid' in Nashville pursuing music. I was in a season of loneliness. Everyone I knew and worked with in the studio was a lot older than me and it felt like they were in the industry for years. A part of me felt small and alone and unqualified. I remember talking to my brother Ruslan and his wife Julie about it (now the producers and co writers on the track) and after our conversation, I felt so much peace because they were going through something similar as well. We helped each other realize that in some ways, we actually loved the feeling. We chose to “own” the feeling of being lonely because our goal from the beginning was never to fit in' with everyone else. We wanted to make music because we love it and it matters to us and we can’t imagine doing anything else. I sent the track to my friend, Dalton Diehl who put some verse ideas on it, and it was done. To be honest, I never want to fit in. I'm a better person and creative when I don’t. And it’s ok to be lonely sometimes, because once you find your people and continue doing what you love, you realize you’re not the only lonely one."

Listen to "Lonely Bodies" below.