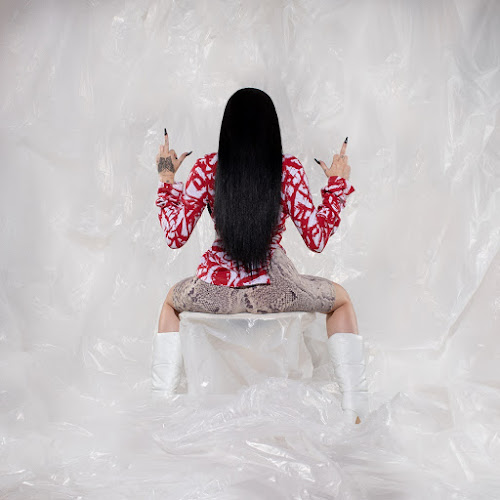 19-year-old platinum-selling Columbia Records artist Noah Cyrus has today released her new single and accompanying music video for "fuckyounoah", directed by Symone Ridgell. Featuring London On Da Track, "fuckyounoah" is a song inspired by the daily anxieties, self-doubt and need for assurance (aka "likes") induced under glare of social media. Noah Cyrus wrote the song after a particularly testing time both behind closed doors and online, and has released it in honor of her favorite holiday, Halloween.

"My sounds may change but my lyrics are always from my heart and soul." shares Noah. "I never want to be tied to a genre. I make what I want to make in the moment."

Watch the video for "fuckyounoah" below.


"fuckyounoah" is available now on all streaming platforms. Get it here.
Photo Credit: Brian Ziff