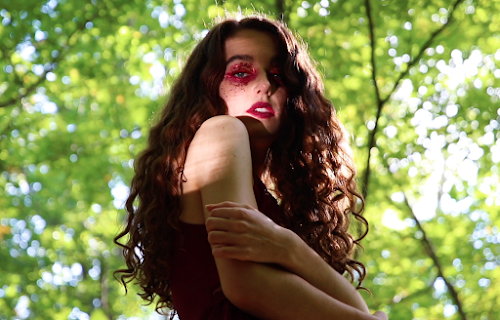 Malaika Astorga comes from a Oaxacan lineage of healers and spiritual traditions, and Maryze is of Celtic witchcraft background from Brittany (FR) and Ireland. The two wanted to combine the traditional magic of their respective ancestries to visualize the transformational process of turning pain into power, using their personal ritual items and candles to create a protective shrine at the end of the video.

Maryze made waves with the release of "B.O.Y." last spring, climbing Spotify charts and holding a spot on the Viral 50 Canada chart for two weeks. The song's mental health focus and the artist’s honest lyrics confronting personal demons resonated with many, earning her national attention.

Speaking on the release, Maryze says:

"'B.O.Y.' (because of you) is about reclaiming control from whatever toxic pattern is holding you back, whether it’s within yourself or with another person. I wrote it at a scary time when I had become very self-destructive while combating depression and anxiety following sexual assault. The song was a way to empower myself and others struggling with similar issues. Working with Malaika was a dream – it felt like she could read my mind and perfectly understood the symbolism I wanted to portray in the video."

The visuals for "B.O.Y." follow a year of firsts for Maryze. Releasing her debut bilingual EP Like Moons in the spring to acclaim from the likes of Earmilk and CBC/Radio-Canada, she was then featured on Apple Music, Spotify and Bandcamp, embarked on a month-long tour across the U.S. and Canada, and played the international POP Montreal festival. Her debut full length album is expected in spring 2020.


Maryze's Like Moons EP is available now on all streaming platforms. Get it here.