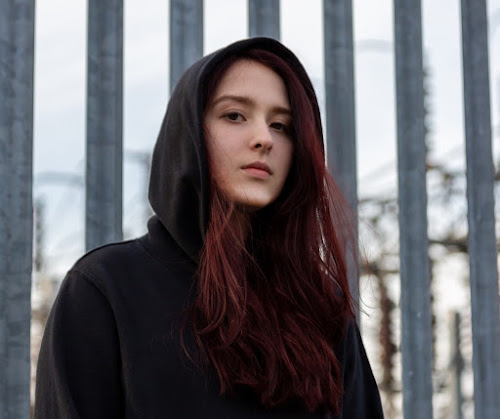 17-year-old Ukrainian singer/songwriter Akine has today unveiled her second offering entitled "No Gold", the follow-up to her debut single "Pray for the Prey", released back in early June. On "No Gold", Akine confronts the fear of failure that haunts many of us. She assumes the life of a protagonist who runs away from what she knows, only to lose herself in her new life. It's a song about a loss of innocence, about growing up and taking wrong turns in life, and once again Akine doesn't shy away from honesty, doesn't romanticise the harsh reality of the scene. The lead character starts to forget herself as she travels further in to her life of hedonism, squandering what she could have been. Akine captures the helplessness beautifully as the lead character drifts further away from what she once was.

Speaking on the track, Akine explains:

"I wrote the song partly as a reminder of what could happen if I don’t work for what I want. It's about a hypothetical person who wastes away their potential. This causes her to spiral into a wasted life of addiction and self-harm, becoming the worst version of herself, taunted by thoughts of what she could have achieved."

Listen to "No Gold"


"No Gold" is out now via London-based label, Best Laid Plans, and available on iTunes.

https://www.facebook.com/thisisakine/
Posted by Wonky Sensitive at 8:31 AM