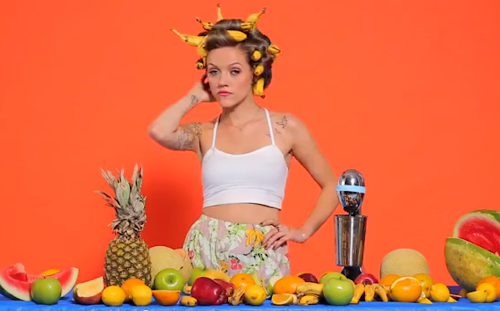 Following the release of her previous single "Brooklyn Girls" back in the middle of July which for better or worse soon found itself going viral not too long after the video was released, Brooklyn-based singer/songwriter and ukulele player Catey Shaw is back with the music video for her follow-up single entitled "Human Contact" taken from her forthcoming 7-song EP, The Brooklyn EP scheduled for release on September 9th.

"This release is extra special to me - it was my first time co-directing a video," says Shaw.
"I was very happy to be working with my good friend, and extremely talented director, Bryan Russell Smith. We kept the budget low by putting in weeks of pre-production, making the sets and most of the wardrobe ourselves. I'm really proud of this one."

Pre-order The Brooklyn EP on iTunes and get "Human Contact" instantly.