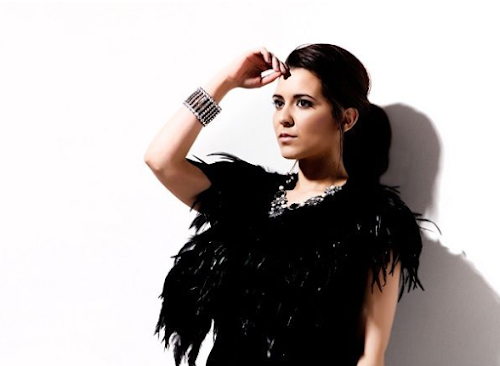 London-based singer/songwriter and producer Raphaella has been remarkably busy in the studio this year, collaborating with a plethora of notable artists such as Rudimental, Gorgon City, MNEK, Wilkinson and NVOY. More recently, she's lent her vocal talents to bangers like Michael Calfan's "Thorns", Cardboard Foxes' "Freefall" and Midnight City's "Just Like That". However, today she returns to continue her prodigious personal output by unveiling her latest original single entitled "Alien". Written and produced by Raphaella herself, "Alien" is a cool, defiant and club-ready track that recalls some of the best summer dance music coming out of London at the moment.

Listen to "Alien" below.

"Alien" will be released on August 1st. Pre-order on iTunes.

Posted by Wonky Sensitive at 10:41 AM