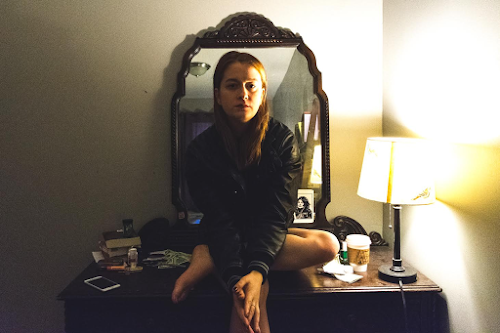 Brooklyn-based bedroom electronic pop artist Hillary Richmond, aka Barleaux has today unveiled her new single, "Freedom", which also serves as the title track off her upcoming EP, scheduled for release in early 2017. "Freedom" is seemingly optimistic but read between the lines, and it's truly a dark expression of apprehension for what freedom brings. Second-guesses, afterthoughts, and last minute revelations are signature writing fodder for Barleaux - who writes all of her own music.

Speaking on the track, Barleaux says:

"I wrote 'Freedom' as a therapeutic exercise. I was having a hard time moving on from a long term, on and off relationship and I wanted to write a song to affirm my decision to leave that person. Sometimes the best songs are the ones that are necessary to write in order to seek change and move in different directions - to see the world and your life in a different perspective. I am grateful for that!"

Listen to "Freedom" below.

"Freedom" will be released on November 18th. Pre-order on iTunes.

https://www.facebook.com/barleaux
Posted by Wonky Sensitive at 8:56 AM