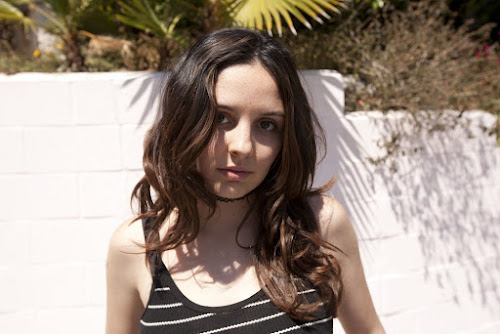 One of longtime favorites, 24-years-old Los Angeles-based singer/songwriter Maddie Ross , who has earned a well-deserved spot in our annual Best Songs of the Year list, not once but twice, first in 2016 with her song "Baby Doll" and again again in 2017 with her song "You're Still My Sugar", is back again today with her new single called "Loners". Co-written and produced by Maddie's girlfriend, Wolfy, "Loners" is a cute and charming song about two young girls falling in love with one another.

To accompany the release, Maddie Ross has also shared the single's lyric video that was created in collaboration with mutli-talented artist and photographer Didi Beck, and features and array of old photos and film footage, including some of Maddie and her girlfriend that were taken at a party during their sophomore year as USC.

Speaking on the track, Maddie explains:

"It's been 4.5 years since I first came out (to myself and to the world). At first all I could write about was the anxiety and fear that consumed me. I was working through so many difficult feelings that I didn't spend any time expressing the life-changing happiness I felt. A few months ago, my girlfriend (Madison Scheckel) showed me this track she had been working on. The guitar part immediately flooded me with nostalgia for senior year at USC: making out on the attic floor, sneaking kisses behind the bookstacks (a traditional USC bucketlist item), hiding it from our friends but also not being able to hide it at all. I knew the minute I heard it that I wanted to write a full-on love song to enshrine all of the happy memories I never wrote about."

Watch the lyric video for "Loners" below.


"Loners" is available now on iTunes.

https://www.facebook.com/raddiemoss
Posted by Wonky Sensitive at 8:44 AM